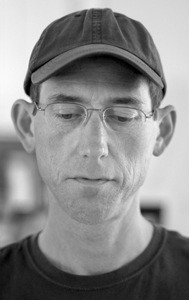 No one gets around San Francisco in a car better than my buddy, Alex. He does not hesitate. If there’s a gap, he shoots it. If there’s a jam up, he skirts it. And when it comes to parking, Alex is the self-proclaimed King. He plays it smart, like he does at poker, weighing the risks and rewards of each action, isolating variables and narrowing their values, and coming up with the best play.

Here’s what you can expect the first time going to a movie in San Francisco with Alex. You get in his car and drive two blocks to buy a newspaper to see what is showing where. Alex slams to a stop in front of a hydrant, eight feet from a corner store. He’s back in 30 seconds with a paper. You glance at the listings and agree on a movie. Trouble is, the movie starts in 15 minutes and the theater is 20 minutes away. But that’s not really what bothers you. It’s the other thing. The parking.

You suggest to Alex to wait for a later showing of the movie. But it’s too late because you are already in his car and it is already moving. Alex gears down for launch onto Oak Street, a four-lane, one-way, 40 miles-per-hour autoduct. He accelerates through a right-turn-on-red, into a traffic-gap 17 inches longer than his car. There’s a honk. Alex gestures. You put your seatbelt on.

Nine minutes later, you approach the familiar parking garage. You know it is long odds against finding a closer, quicker place to park. You suggest splitting the cost of the garage, five bucks each, and can we just get out of the car now, please?

Alex ignores you while he wins a battle of nerves with a cable car. Then he makes a centripetally disorienting u-turn across five lanes on Van Ness. He reverse jerks against traffic for 10 lengths and slices into an illegal white-curb parking spot. The theater door is 30 feet away. You’ve got time to get popcorn and even see a preview or two.

You ask, “Alex? Aren’t you worried about getting a parking ticket?”

Here’s where it gets confusing and beautiful. Alex says, “This spot costs only $5, half as much as the garage. Go ahead and give me the five bucks you were ready to give up anyway, and you come out even.” He grins.

Here’s where it gets confusing and beautiful.

Baffled into obedience, you give Alex a five-dollar bill. Through the popcorn line, into the theater, seated, the movie starts, and all thoughts of parking are put on hold.

Movie over, you walk out of the theater. Alex instantly glances toward the car and says, “Cool. No parking ticket.”

You: “So what about my five bucks?! You gonna keep it?”

Alex: “Sure I am. If there had been a parking ticket, I would have paid the whole thing. Don’t you see it yet?”

Alex explains, “A parking ticket here costs $25. The chance of getting a ticket parked in this spot for an hour and a half is one-in-five. So it costs only $5 to park here, on average, plus, it was close enough to give us time to relax.”

You open the car door and think, relax?

Alex continues, “Even if I had got a parking ticket, I would have theoretically parked for free because you paid my half of the $5. I was getting a freeroll on a ten-to-one to five-to-one overlay — plus time gained!” His voice picks up as the car stabs the traffic, “I am the king of parking in San Francisco!”

About Tommy (and Alex)
Shortly after I decided to take a stab at becoming a full time poker pro, I was fortunate enough to have met the acquaintance of the, now famous among poker enthusiasts, Tommy Angelo. At that time, he was only known on everybody’s favorite poker forum site, “Two Plus Two”, but he was already rapidly becoming a celebrity, as the combination of someone with poker wisdom worth sharing and the ability to actually write were/are almost completely unheard of. I remember emailing him all those years ago (15?!?!) for some advice on how to handle the bad run I was experiencing. He responded with some very thoughtful advice; the one I still remember like it was yesterday: “Be nice.”

It was early in my pro career. I was a “home town hero”, meaning as the word describes, someone who kicks ass in their home town to the point where they think they actually have what it takes to make it in Vegas.

I had read somewhere (I think it was Doyle Brunson’s first edition of the classic, “Super System” that the thing to do was to go to the major tournaments and sit in the cash side games. While this actually is pretty decent advice, it doesn’t work so well when the main event is the only part of the tournament that is left. The brush barely scraped together a five handed limit holdem game (at that time it was THE cash game — No limit holdem was for tournaments Limit holdem for cash games).

The guy on the ten seat was wearing a San Francisco Giants cap. He was a goofy looking guy that wore his emotions on his sleeve. I figured he was probably good action. Wrong. After establishing that he did, in fact, reside in the San Francisco Bay area, and knowing that was also where Tommy was from, I asked him if he knew Tommy Angelo. “Yeah I know him. He’s my best friend. He’s sitting over there on the one seat. I pretty much lost my trip budget in that one sitting, but given the value of my relationship with these two guys, it was well worth it. Alex, the guy on the ten seat became my best friend and number one poker mentor.

Tommy’s sage advice was so second nature, I often came up with Tommyisms which turned out to have come from him and were just nested in my subconscious. His advice and the humorous way that he makes it stick is immeasurable.